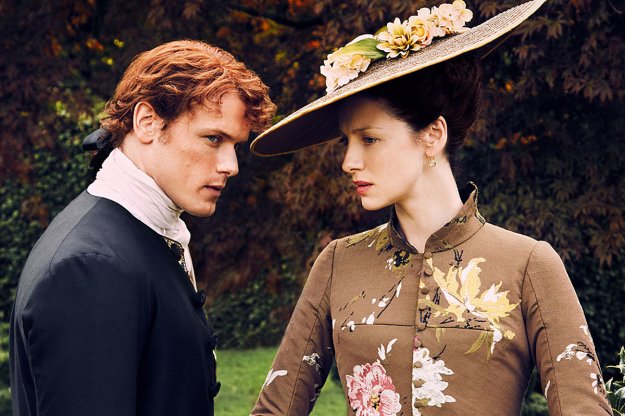 ‘Outlander’ star Sam Heughan: Jamie has flaws – really he does.

A rough-and-tumble Highlander with a first-class education, the Scottish hero of Starz’s drama and Diana Gabaldon’s best sellers is a devoted husband to his time-traveling wife, Claire (Caitriona Balfe), whose tales of the future he believes enough to try to change history.

He’s also a man struggling with horrifying memories, as well as an action hero in a kilt (and out of it).

And, as we learn in Season 2, which premieres at 9 p.m. Saturday and takes the Frasers to Paris, he’s fluent in French.

“Well, yeah, he does seem to be Mr. Perfect,” Heughan said in an interview in January.

“But he’s not, you know. He has so many failings. He’s stubborn. Very stubborn, actually…